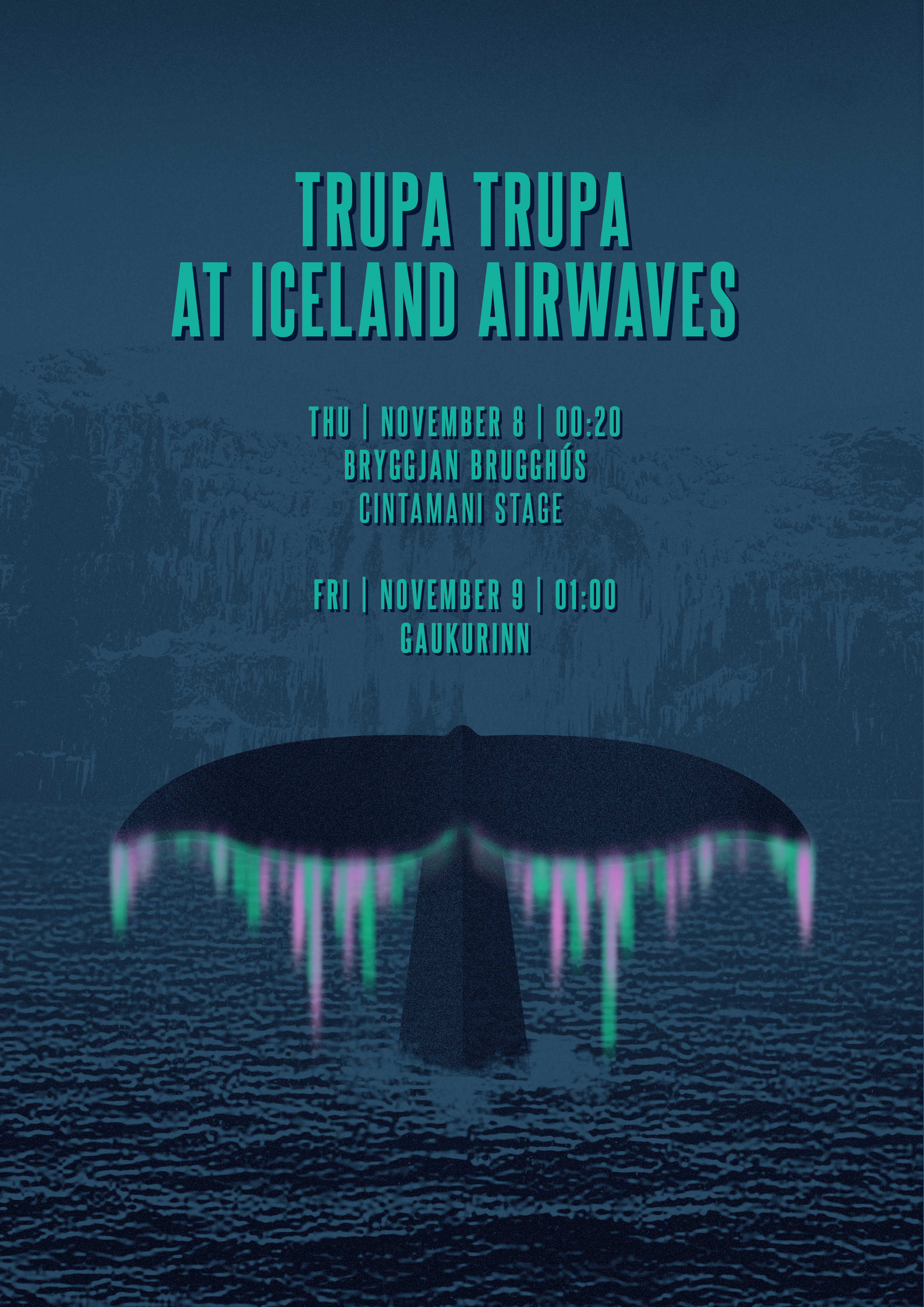 Hailing from Gdańsk, Poland, Trupa Trupa are Grzegorz Kwiatkowski, Tomek Pawluczuk, Wojtek Juchniewicz and Rafał Wojczal, a four piece swirl of post punk and psych sounds. In 2015 the Band released ‚Headache’, a critically acclaimed album released on CD and cassette by the British label Blue Tapes and X-Ray Records. In 2016, Headache Remastered was re-released on vinyl and CD by the French label Ici d’ailleurs. The band’s second album ‚Jolly New Songs’ was released in 2017 as a result of an international collaboration of Ici d’ailleurs along with Blue Tapes and X-Ray Records. Since ‚Jolly New Songs’ the band enjoyed a triumphant SXSW, with wide praise from Rollingstone, NPR, KEXP and many others.